In building Vienna’s Ringstraße, the Habsburg Monarchy celebrated itself. The elaborately decorated, stately buildings in neo-historical styles (called Historicism) attested to the glories of the past. Meanwhile, the city’s population was growing exponentially, surpassing 2 million. Huge infrastructure projects were undertaken, while social problems were ignored.

The new era was manifest most prominently in the arts. The young artists turned their backs on the tradition-bound arts academy and celebrated their “Holy Spring” in the Secession movement. Gustav Klimt and Otto Wagner, prominent artists of the Jugendstil era, became pioneers of the Modern age. In music, Gustav Mahler, followed by Arnold Schönberg and Alban Berg, led the change. 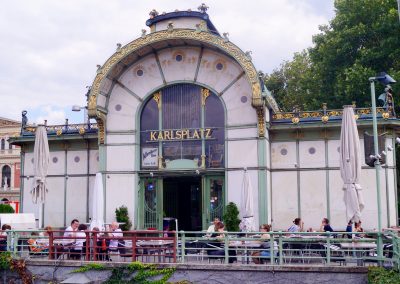 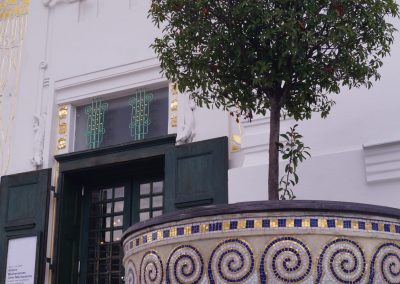 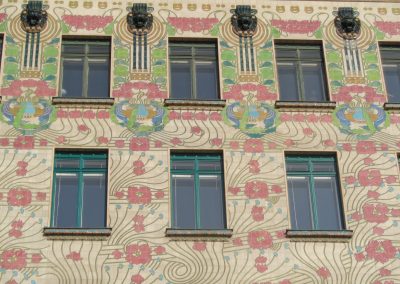 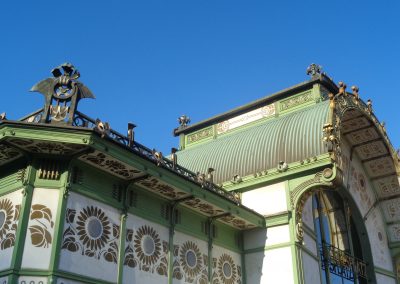 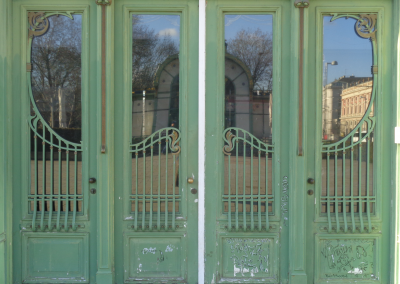 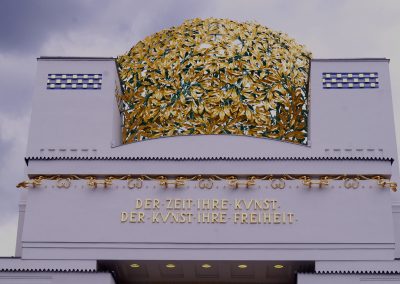