It has often been said that the Viennese have a certain affinity for death. Some might even call it an obsession, as skewered in the cabaret song quoted above. Nevertheless, the Viennese still admire a proper and dignified burial, and many seek out the perfect resting place long before their time.

At Vienna’s Central Cemetery, artists, scientists and politicians rest under imposing monuments, clustered together, as prominent in death as they were in life. Opened in 1874, the “city of the dead,” as the Central Cemetery is known, has more “residents” than those living in the city. The tour will end with a visit to the green-domed Jugendstil church that is the central point of the sprawling grounds. 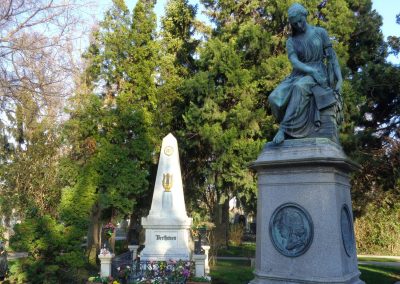 Central Cementary: In memory of Beethoven and Mozart 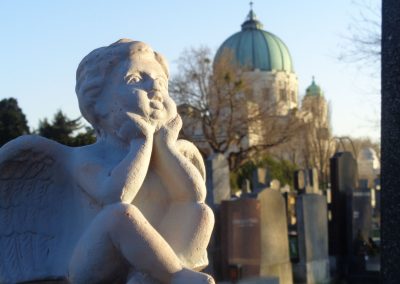 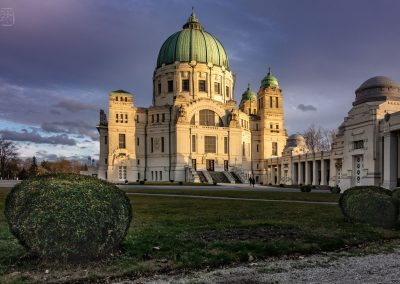 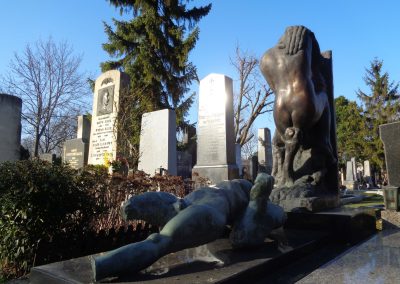 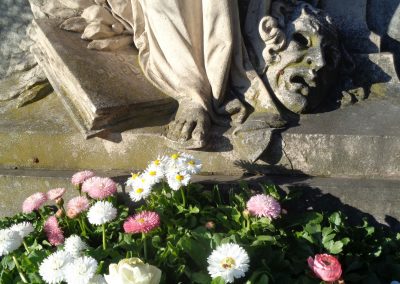 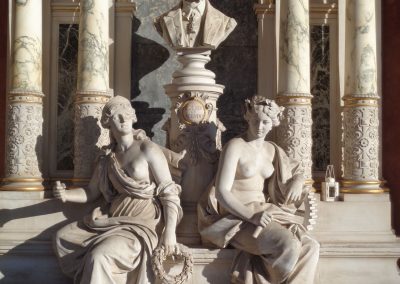