The picturesque streets, hidden alleyways and enchanting courtyards of the peaceful area between the old university and Blutgasse (Blood Street) belie the sometimes turbulent history that played out here. This warren of narrow streets provided a retreat for crusaders on their way to or from the Holy Land. It was the scene of vehement, at times even violent, disputes during the Counter-Reformation:

Heretics and those with different beliefs were brutally persecuted, even burned alive. Religious artworks were attacked – still today, a statue of the Madonna has an axe embedded in her left shoulder. Baroque buildings being erected at the time heralded the eternal glory of the Catholic God.

This charming quarter also was the site of dramatic events in the life of Austria’s greatest composer: Wolfgang Amadeus Mozart resorted to rough measures in ending his relationship with an employer. Mozart lived, and also died here. 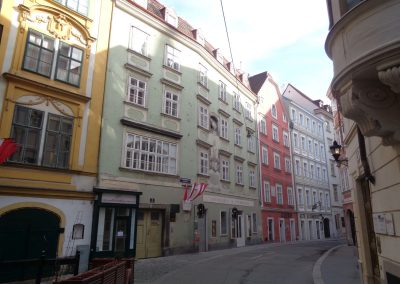 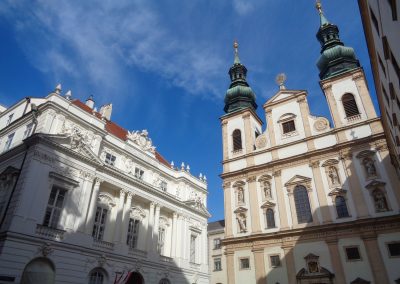 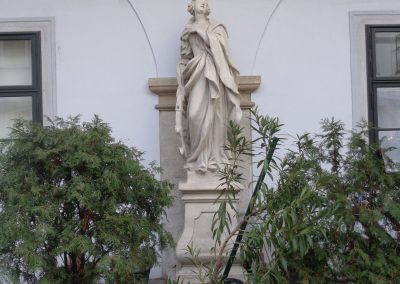 Courtyard of the Teutonic Order 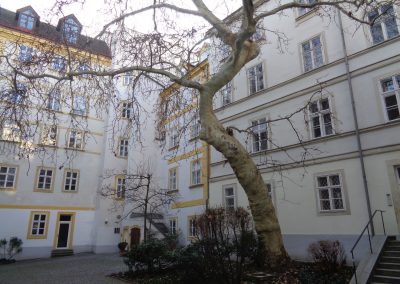 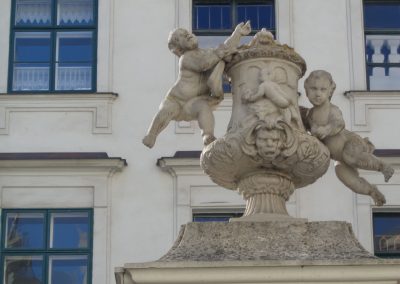